In terms of airsoft BB pellets, there are 2 different versions commercially available. The first are just regular, and the second are biodegradable BB pellets. Biodegradable BBs have become much more widely available and commonly used in recent years.

There are some playing fields that will only permit the use of biodegradable BB pellets.

Biodegradable airsoft BBs are made from a plastic known as PLA, or polylactic acid. This is derived from sugarcane, corn starch, or tapioca roots. 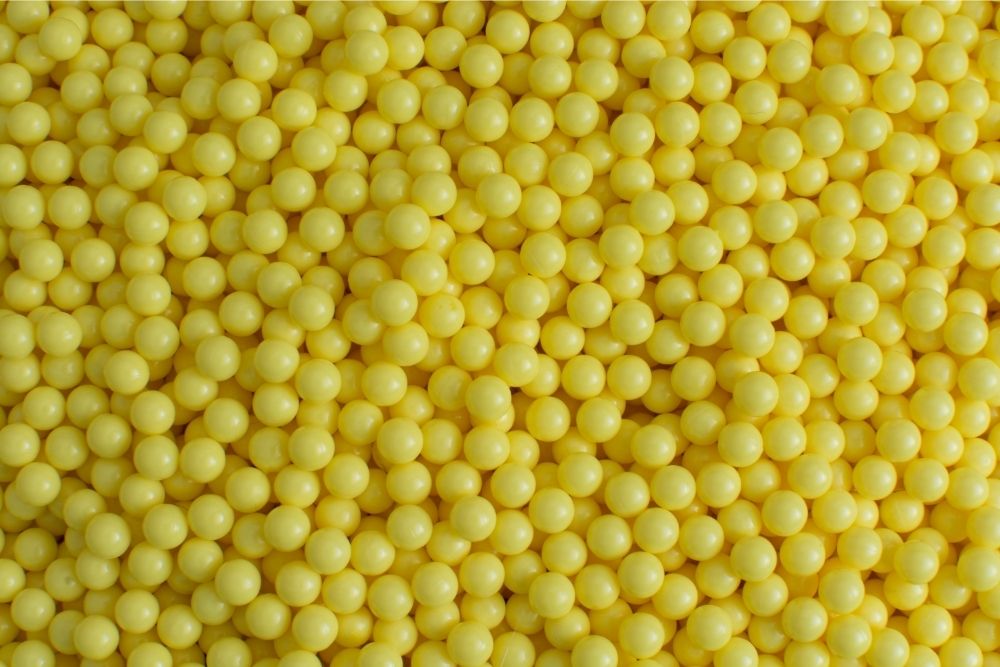 It has been shown to biodegrade well in the presence of water and is well utilized as the resources to make it are renewable. PLA is widely used for medical purposes, in food, and as a supplementation.

It is estimated that biodegradable airsoft BBs are between 10 and 30% more expensive than their regular counterparts. This is believed to be off-putting to some consumers.

They are also more sensitive and require more care in storage. Once the package of biodegradable BB pellets has been opened, the pellets have been exposed to sunlight and oxygen.

This kickstarts the decomposition process. This means that you should try and use biodegradable BB pellets as soon as possible once they have been opened. Ideally, they should be used on the same day.

You must also keep biodegradable BB pellets away from moisture. This is one of the key components in their breakdown and will render the pellets unusable.

If you notice that your pellets have gotten wet, you should dispose of them instead of attempting to load them into your gun. They will likely cause a blockage and could break your gun.

The biodegradable airsoft BBs are non-toxic. The polylactic acid is not advised for ingestion, but has been shown to be safe on the rare event they are eaten. This applies to both humans and animals.

The fact that the biodegradable bullets are made from edible resources suggests that they will simply be broken down by stomach acids with few adverse health effects.

A traditional plastic BB pellet is made from acrylonitrile butadiene styrene, or ABS plastic. This is a very durable material with a low production cost, hence why it is so widely used. The real problem with these is that the plastic will leak toxins into the environment as it decomposes.

This can impact upon the soil quality and can cause the steady breakdown of different ecosystems in the area. As well as this, any collected BB pellets will end up in a landfill site, causing further pollution and environmental damage.

Are airsoft bbs toxic to dogs?

Dogs are notorious for eating anything they can get their mouths around. Everything on the floor is fair game, and by the time you see them sniffing at something it is often too late to prevent them from eating it.

Many people will not collect their airsoft BB pellets once they have been shot. This means that there is a high chance your dog will encounter them at some point in their life. Airsoft BBs are made of plastic but most are considered to be non-toxic.

There has not been much research done into the health implications of a dog consuming airsoft BB pellets. It is believed that they are mostly safe, although not advised for dogs to eat. At worst, they are likely to cause an intestinal or other digestive obstruction.

There is a risk that this could be a serious problem, however it is most likely that your dog will simply pass the pellet in their stool.

If you notice any worrying health symptoms or discomfort, we strongly recommend taking them to a qualified veterinarian for a health assessment.

Are airsoft bbs bad for the environment?

Hundreds, if not thousands, of BBs are shot during an airsoft BB game. These pellets are left all over the playing field, and this is just from one game. Commercial airsoft BB fields will have many games every day, meaning that the pellets quickly build up.

These pellets are left all over the ground and it is nearly impossible to collect them all up. Multiply this by the number of commercial airsoft fields there are across the US and across the world, and you will see that it is a real concern for the environment.

Most airsoft BB companies will employ people to clean up the playing field, but they rarely manage to collect every single pellet. The remaining pellets often end up getting trodden into the earth.

This then compacts them into the top layer of soil and they become part of the environment.

Plastic does not break down in the natural world for a long time. It is estimated that a single regular airsoft BB pellet can take over 7 years to decompose. This is obviously awful for the environment, and for all animals that come into contact with the BB pellets.

In comparison, biodegradable BB pellets can be broken down in under 90 days, or around 3 months. This is on the condition that there is both carbon dioxide and water present in the environment.

These conditions are commonly found in a designated recycling facility. If they are left on the ground where they were dropped, or find their way into a body of water, the decomposition process takes closer to one year.

Now imagine if airsoft BB games begin to be played more widely. Taking the game out of controlled environments and into the natural world means that the environmental damage will become more widespread.

When games are played inside or within a designated playing area, at least the environmental contamination is contained. There is no question that airsoft BBs are bad for the environment, but there are ways to minimize their detrimental impact.