Airsoft attracts various types of players, from those who want to experience some casual fun, to people who enjoy the outdoor exercise as well as those who love the immersion and realism of airsoft.

For those players who enjoy a more realistic style of airsoft, one of the major drawbacks can be in the design of most airsoft AEGs. Quite simply, most airsoft guns don’t have any recoil when fired, which can affect the immersion and fun of airsoft for some people. 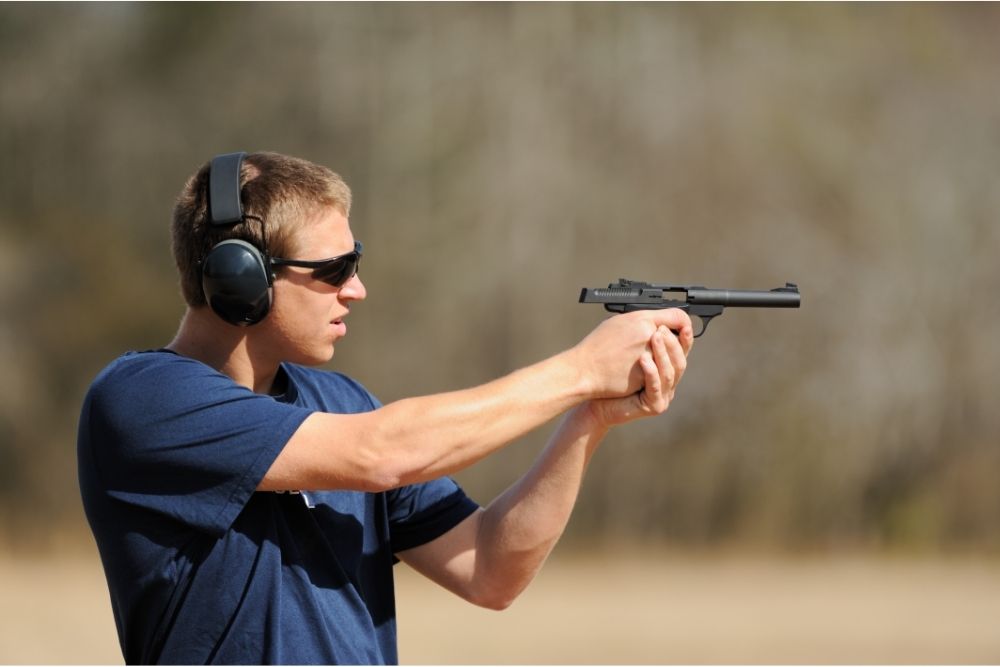 Blowback is essentially the recoil certain airsoft guns are capable of, and it is a way for players who desire the most realistic experience possible to add this feature to their game.

There are a few different types of blowback that use very different systems to achieve this recoil effect, and there various positives and negatives associated with these different blowback systems.

In general, the most realistic and best blowback systems used in airsoft come in the form of gas-powered airsoft guns that use the gas expelled with each shot to kick the gun back and gives a very realistic feel to how the gun handles and behaves when being fired.

These guns tend to be on the premium end of the airsoft market, as gas-powered guns typically use more sturdy metal componentry and furniture, as well as delicate seals and moving parts to closely mimic the real weapons they are replicating.

These gas blowback (GBB) weapons often have great performance and are usually more popular with experienced airsofters due to the fact that they have recoil, which makes aiming much more difficult.

This added aiming difficulty, along with the premium nature of these weapons and their more complex design makes them less common than standard electronic airsoft guns.

Gas blowback guns are widely admired nonetheless for their build quality, realistic feel, and the immersion they bring to airsofters.

There are other blowback systems, however, such as electric blowback or EBB guns that use the battery in the gun to power a separate recoil system that provides a small recoil kick each time the gun is fired.

Electric blowback is usually only found on AEG rifles (airsoft guns that are battery-powered already). These are more efficient as it allows the battery that’s powering the gearbox to also power the recoil system in the gun.

This allows players to benefit from the simplicity and reliability of AEG designs and still get the immersive experience that comes with having blowback.

Is blowback good on an airsoft gun?

Whether blowback is good or not depends on your preference. There are definitely advantages and disadvantages to both.

For example, having any type of recoil, whether on a GBBR or an AEG will make aiming more difficult, as the gun kicks and shifts around while being fired. If you’re playing competitively or are new, this added difficulty when aiming can be a disadvantage that you don’t want to deal with.

A drawback for guns that use electronic blowback is the fact that this blowback system will drain the battery faster as the battery is having to power the gearbox and the recoil system.

If you’re worried about your battery performance then this is another reason why a blowback system may not be for you.

Another potential issue is that blowback can be quite hard on the electronics of AEGs, wearing down the internals and the gearbox faster, meaning your gun may not last as long as a non-blowback AEG.

Despite these drawbacks, however, blowback is a very popular and desirable feature for a lot of airsofters who love the realistic feeling of the gun kicking back as it’s fired.

A lot of airsofters say that once you’ve experienced the immersion blowback brings to airsoft it’s very difficult to go back to not using it.

Can you make a nonblowback airsoft gun blowback?

While it may be possible to convert a non-blowback airsoft gun and give it blowback functionality, this is almost certainly not recommended for a variety of reasons.

It can be awkward, complex, and will almost certainly cause problems that may make you wish you’d gone for a purpose-built blowback gun.

Only a very experienced airsoft technician will have the understanding of how to do this, and it would probably even challenge their expertise, as blowback systems can be difficult to fit into a gun that wasn’t built for it.

Are gas blowback airsoft guns worth it?

As always with things like this, it depends on what you want out of your airsoft gun and your overall airsoft experience.

Gas blowback guns won’t necessarily make you more accurate or a better airsoft player. When it comes to developing your skill the only real thing you can do is practice, work on your movement and aim, and make sure your rifle is correctly set up.

However, if you’re someone who is desperate for airsoft to feel as realistic as possible, then gas blowback rifles are definitely worth it. Their weight, ergonomics, and realistic kickback make them the most realistic airsoft guns you can buy.

A lot of quality gas blowback guns have functioning bolts and forward assists that make them function in a very similar fashion to real firearms.

This makes gas blowback rifles popular with ex-military players who relish that realistic feel,  or for people who want to train and practice their gun handling skills without always needing to break out their real weapons.

What is a half-blowback airsoft pistol?

Full blowback pistols function in a way that the slide retracts in exactly the same way as a real-life pistol. Half blowback pistols are much less realistic and the slide usually only moves back far enough to allow the next bb to be loaded.

They aren’t usually as good quality as full blowback pistols, however, they can be a great compromise for players who don’t want full blowback.