You’d be forgiven for thinking that a longer barrel will positively affect an airsoft gun’s performance.

The media has taught us that a longer barrel means more accuracy with standard firearms, which isn’t always the case, but this is especially not the case with airsoft guns.

Even if your accuracy is somehow affected by a change in barrel length, it’s because that longer barrel is affecting something else and not shot placement accuracy.

It's all about the FPS, the speed at which those BBs fly from your airsoft gun. This can be changed by barrel length. 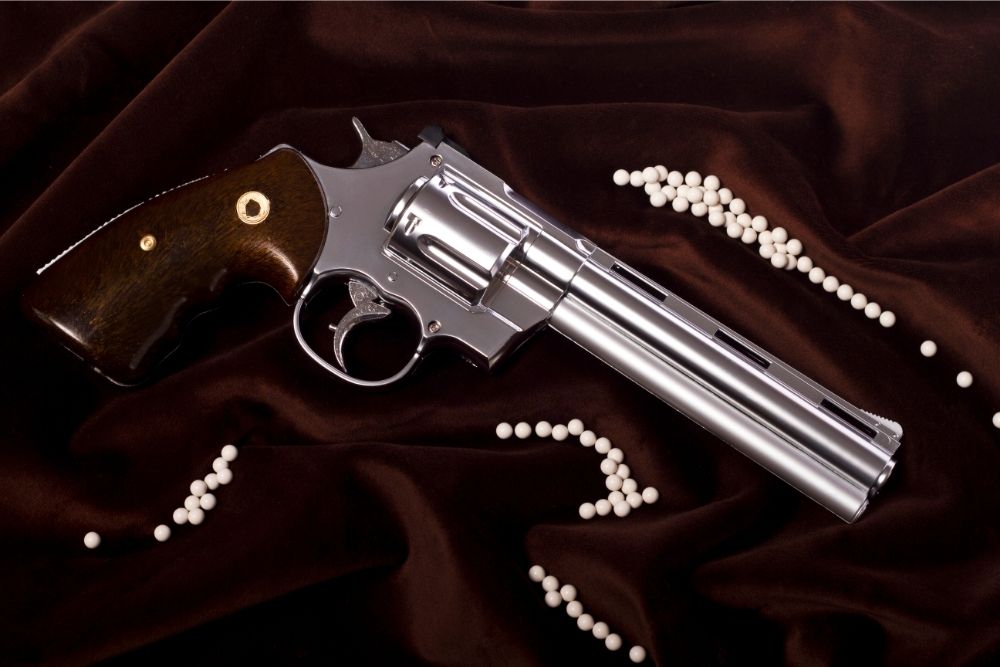 If you use heavier BBs, you may want a longer barrel if you still want to hit those higher FPS figures that you usually shoot at. By having a longer barrel, the BB travels inside it further, allowing it to build up more velocity.

While this doesn’t have any recorded effect on accuracy, a heavier BB from a shorter barrel won’t reach anywhere near the same FPS levels.

All that said, range and accuracy won’t be affected if the velocities are identical. If you want peace of mind, 455mm barrels are considered the most convenient when compared to others, assuming a standard BB size of 6mm.

While we’re talking barrel length, it’s also worth mentioning that barrel width is also a problem area. If the barrel is too wide, the BB will have too much-traveling freedom while making its way out.

This is a kinetic force that’s being wasted, which harms range and accuracy when the BB finally leaves the barrel. On the other hand, if the barrel is too tight, the BB will enact friction against the inner lining of the barrel.

This does the same, weakening the velocity of the BB and harming its accuracy at range.

Barrel stabilization is much more important than barrel length. As long as the width of your barrel is compatible with your BB size, the length isn’t so important. When the length is important, it’s because you want to send heavier BBs from your airsoft gun without sacrificing FPS.

What Does Hop Up Mean On Airsoft Guns?

With airsoft guns, hop-up is the name given to the backspin that airsoft pellets have when they’re launched from the gun.

To understand hop up, you’ll benefit from a brief physics lesson in the Magnus effect. This is a phenomenon that, when applied to ballistics, details how a spinning bullet interacts with the air around it as it travels.

Keeping it simple, a layer of air is still coating the spinning object. This layer is cast off at a certain angle and so the object needs to react accordingly, by being nudged in the opposite direction.

A spinning bullet may disproportionately travel upwards and downwards due to this spinning. In reality, this rarely affects firearm bullets since there are other forces at play, like wind resistance.

It does affect airsoft guns, however, which is where hop up becomes important. An airsoft pellet is worlds apart from a firearm bullet. They’re lighter, propelled by a less powerful energy, and shaped differently.

Most BB pellets are spherical, where the Magnus effect comes into play even more. These factors change the path of a shot pellet, which can work to your advantage or disadvantage.

Through understanding and exploiting hop up, airsoft guns can use the Magnus effect to send their pellets even further without affecting velocity, keeping it safe for airsoft use.

A kicked ball travels further when it’s spinning and that’s the same logic that applies to a BB after you’ve shot it toward a distant target.

What Does A Hop Up Do On An Airsoft Gun?

If you shoot airsoft and you’re interested in hop-up, it’s because you want to shoot pellets further. BBs lose a lot of their velocity quickly when they’ve been fired from airsoft guns. There simply isn’t enough power behind the shot to make the pellets travel far.

Without that power, and the velocity generated from that power, the pellet flags as it travels through the air. From there, gravity does its work and the pellet plummets downward without covering much ground.

If you want range in your airsoft gun, this is a problem. The solution is the Magnus effect and the hop-up devices we use to control them.

Pellets don’t fall as fast when they’re spinning through the air and a hop-up can even make them spin upwards as long as there’s a backspin.

Hop-up devices are what airsoft guns use to add a strong backspin to the pellets. This controls the Magnus effect and adds that all-important range to your airsoft gun.

Hop-up devices work by altering the air pressure along the top side of the pellet. This means the pellet is in a full spin before it leaves the gun, where that spin continues until the pellet hits its target.

In most guns, this is through a bucking installed at the top of the barrel that interferes with it.

This is a slightly thicker part of the barrel that slows the top of the pellet down. As the bottom of the pellet moves faster than the top, the pellet spins back on itself and falls into a backspin.

Newton’s third law dictates that every action has an equal and opposite reaction, and airsoft pellets aren’t exempt from rules of physics. With the opposite reaction in mind, it makes sense that a backspin launches a pellet further forward.

Not only that, but the boundary layer of air splits between the top and bottom of the pellet, creating lift. It has been described as looking like a comet with a tail facing diagonally downwards when tested in wind tunnels.

Sometimes these are adjustable, so you can find the perfect backspin for heavier pellets or situations that require different shooting speeds.

If you’re serious about adding range to your airsoft gun, you’re better off looking at its hop-up device over its barrel length. No matter your shooting setup, you should be able to find the perfect hop-up setting for you.