The short answer is no, airsoft BBs come in various sizes and weights that give players an added level of control over their airsoft setup. The most common BB sizes are 6mm and 8mm, with 6mm being the most popular.

Contents show
1 What is the heaviest airsoft BB?
2 Are heavier airsoft BBs more accurate?
3 Does the color of my BB matter?

6mm is most popular because the majority of reputable airsoft gun designers and manufacturers now produce rifles that use barrels around the 6.03 to 6.08mm diameter size. These barrels are known as tightbore barrels and they enable BBs to travel more accurately, faster and further. 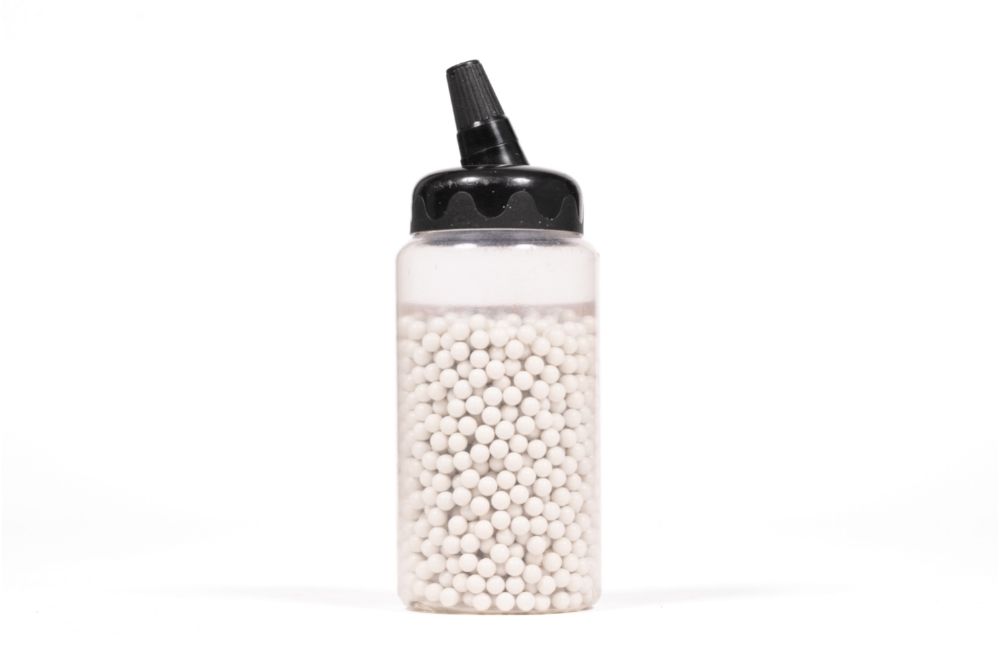 This is because the gas that is pushing the BB has less room to escape from around the BB as it travels down the barrel, meaning more of it is acting on the BB and giving it more velocity.

It’s even possible for you to customize your barrel and add a 6.01mm barrel if you really want to increase your FPS and max out the performance of your gun.

Obviously, an 8mm BB won’t fit into these barrels and will need a corresponding 8mm barrel which isn’t so common, so this is something to make sure you double-check.

What is the heaviest airsoft BB?

BBs also come in a variety of different weights that give them very different flight characteristics and can have drastic effects on your range and accuracy.

The weight you need will depend on the type of location you’re playing at, the weapons you’re using, and how you prefer to play.

The standard weight used is 0.2 gram, however, there are also 0.12 gram, 0.25 gram, 0.3 gram, and even 0.4 gram BBs. Each of these different weights will have a noticeable effect on your performance.

At the lowest end, there are 0.12 gram BBs which are most commonly used by low-power spring-loaded airsoft guns. These guns typically have an FPS of 250 or even less, making them quite weak and designed more for casual backyard fun than serious airsoft matches.

These BBs are light enough to allow weaker guns to still fire effectively, but they can’t reach out anywhere near as far as the heavier and more powerful BBs.

You may wonder how a few grams here and there can make such a difference, but there is a staggering and clear performance upgrade with heavier BBs and fired from appropriately powerful airsoft guns.

Most well-regarded airsoft guns fire 0.2g 6mm BBs that are versatile performers, capable of working well in close quarters and medium-range environments. Most beginners will start with this setup.

The heaviest BB however is the 0.4 gram BB which is able to reach out and hit targets very far when fired from powerful sniper or DMR rifles.

These rifles have special rules attached to them that allow them to run a higher FPS than other airsoft guns, on the basis that the people using these weapons stay at long range.

0.4g BBs are much more solid than their 0.2g cousins, meaning that they carry more momentum and resist the effects of wind and atmosphere far better than lighter BBs. This makes them perfect for long-range shooting.

Using them in a smaller gun, however, will often lead to poor performance as the FPS isn’t high enough in these guns to give the BB enough momentum.

Most definitely, the heavier the BB the more stable it will be in flight. The catch is that the BB needs to be appropriate for the type of weapon it is being fired from and the associated FPS rating.

While 0.4g BBs will be more accurate at range, they require powerful sniper and DMR rifles with high FPS settings in order to function properly.

Trying to fire a 0.4g BB from a standard assault rifle setup will likely make your accuracy worse than using a more appropriate 0.2 or 0.25g BB.

So really the important thing is to know your role, know your kit, and above all, practice with it!

Heavier BBs carry more momentum and are less affected by the elements which allow them to travel further. A 0.4g BB fired from a good DMR or sniper platform will be able to totally outclass a 0.2g bb fired from an SMG or assault rifle platform. This gives snipers a major advantage at range and forces players to use tactics, movement, and concealment in order to deal with snipers effectively.

Does the color of my BB matter?

In real physical terms, no the color of your BB doesn’t have any major distinction on its performance.

Some airsofters like to use lighter BBs that are white or yellow to be able to see them flying through the air more easily, which makes it easier to see where you’re shooting and if you’re hitting your target.

The drawback is that this also makes it easier for opposing players to see where they’re being shot from, making you easier to spot and thus more in danger of receiving accurate return fire.

The benefits and drawbacks of this need to be weighed up according to your particular playstyle, but the color of your BB won’t have any major impact on gameplay.

Some players use illumination and lasers to make tracking their BBs easier, which can be effective in close-quarters environments and it does admittedly look very cool when you’re firing a stream of white downrange.

Again this has the effect of making you a target just like tracer fire, so be aware of this before deciding to go down that route.