You should not reuse airsoft BBs as a general rule. They are inexpensive to purchase and the potential risks associated with reusing damaged airsoft BB pellets are enormous.

It can be very tempting to simply pick up your discharged pellets from the ground, but we strongly advise that you do not do this. 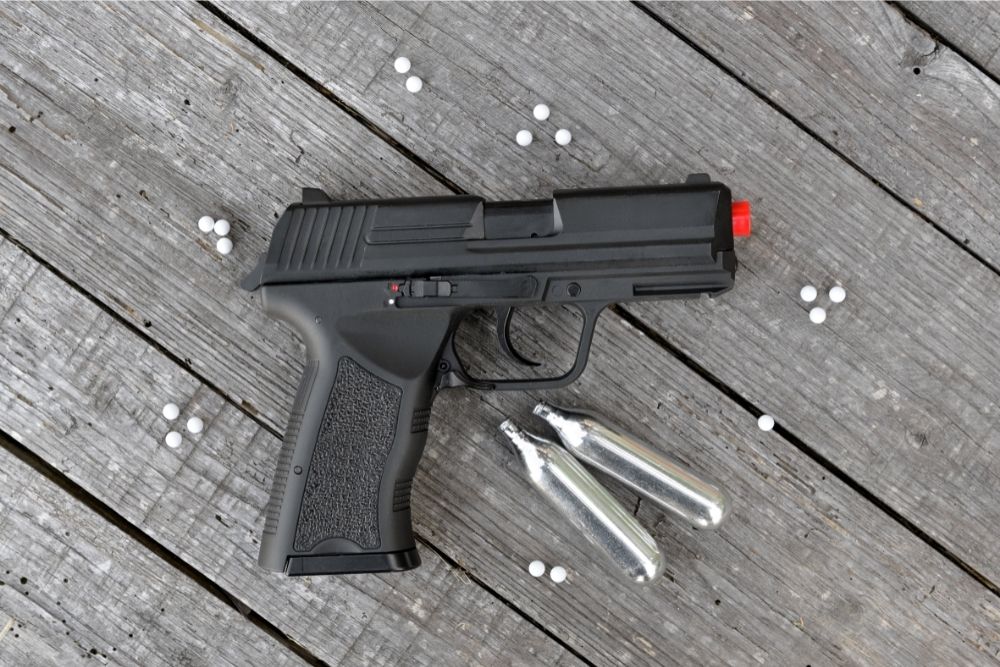 Reusing airsoft BB pellets that have been discharged can cause serious damage to your airsoft gun. If the pellet has come into contact with contaminants on the ground or has sustained damage, it can ruin the internal components of your gun.

For the relatively low cost of new BB pellets, it is simply not worth risking reusing old pellets. You can purchase a package of 0.20 g (2000) airsoft BBs for around $13, but a new inner barrel will set you back a minimum of $50.

As soon as the BB pellet leaves your gun it is exposed to a huge number of contaminants in the air. By the time it has landed on the ground and you have collected it back up there will almost certainly be dirt on it. Over time this dirt can build up inside your gun and lead to damage.

Even if your BB pellet does not shatter or appear damaged, there is a large chance there are small scratches. Your gun will notice these far more than you will and this can cause problems.

It seems like a great idea to go around the airsoft playing field and collect old BB pellets to be reused in an attempt to save money. This is not advised.

While BB pellets are made of plastic, some are biodegradable and may have begun to decompose by the time you come across them. It can be difficult to tell the difference between regular BB pellets and their biodegradable counterparts.

You may not be paying close attention to the pellets and overlook the fact that they appear to have been on the ground for a while. It is dangerous to use BB pellets that have begun to decompose as they may shatter inside your gun.

This will be very difficult to clean as you will need to extract a lot of individual fragments. This is not to mention the fact that their performance will be seriously impaired.

If you reuse old BB pellets there is a high likelihood that your airsoft gun will jam as you try to fire it. This is annoying anyway, but if you have spent a lot on your gun the last thing you want to do is damage it for the sake of a few bucks.

An old BB pellet can cause the gun and the magazine to jam. This means that you will be unable to use it until the pellet has been extracted and the barrel cleaned. This is because the airflow has been impaired and so it can no longer fire effectively.

If you are not confident in your knowledge of airsoft guns, we recommend taking it to a professional if it jams. Randomly jabbing at the internal components can cause further damage.

As we mentioned above, old BB pellets are likely to be dirty. When they are inserted into the inner barrel of your gun the dirt can collect on the sides and build up. This massively compromises the gun’s airflow and means that you will have to clean the gun much more frequently.

If the BB pellet you are reusing is damaged in any way, this can cause further damage to your inner barrel. If there are sharp exposed edges on the pellet this can scratch the interior.

When this happens consistently the shape of the inner barrel is irrevocably altered and the gun’s accuracy is greatly reduced. If you notice the damage early you may be able to fix it through polishing, but the performance will never be the same as before.

When can you reuse BBs?

When you are working with grenades, claymores, and other similar airsoft devices you can reuse the BB pellets. This is because these devices simulate an explosion by simultaneously releasing all of the BB pellets. They can release up to 50 BB pellets at once.

It is often advised to reuse BB pellets in grenades and claymores as it can get costly quickly otherwise. There are no sensitive inner components in these devices that will be damaged by dirt or scratches.

If you have a spring pistol and are not hugely concerned about the quality of your airsoft gun then you can reuse BB pellets. We still do not advise doing this, but be aware if you do that there is a level of risk.

The internal mechanism of these guns is much simpler and there is less chance that they will jam when a BB pellet is reused.

Can you reuse airsoft shotgun shells?

Yes, you can reuse airsoft shotgun shells. They are designed to contain either 14 or 30 BB pellets per shell, but they must be reloaded after each use. The shell essentially acts as a kind of magazine for your airsoft gun.

It is constructed from hard plastic with a hole in to reload and discharge the BB pellets through.

There are 3 main types of airsoft shotgun shells - TM, APS/PPS, and Marushin/Maruzen. All 3 are reusable but function differently. TM models hold 30 rounds with 3-6 rounds per pump. The magazine will need to be switched out after 5-10 shots.

APS/PPS uses gas to set off the valve and fire the gun. The gas used is either CO2 or green gas. Marushin/Maruzen models function by releasing gas through the shell to force the pellets down the barrel.