When delving into the world of airsoft guns, it can be difficult to distinguish how one is treated differently from the other. If you’re a felon, you should be able to acquire an airsoft gun without much trouble at all.

Contents show
1 Do Airsoft Guns Need Licenses?
2 Is Carrying An Airsoft Gun Illegal?
3 Is It Illegal To Play Airsoft In Public?

If you do run into issues, it’s likely because of local decisions that can’t be accounted for. That’s why, when soliciting any advice related to legislation and legality, you should be aware of your local laws and how they may change any of the broader decisions. 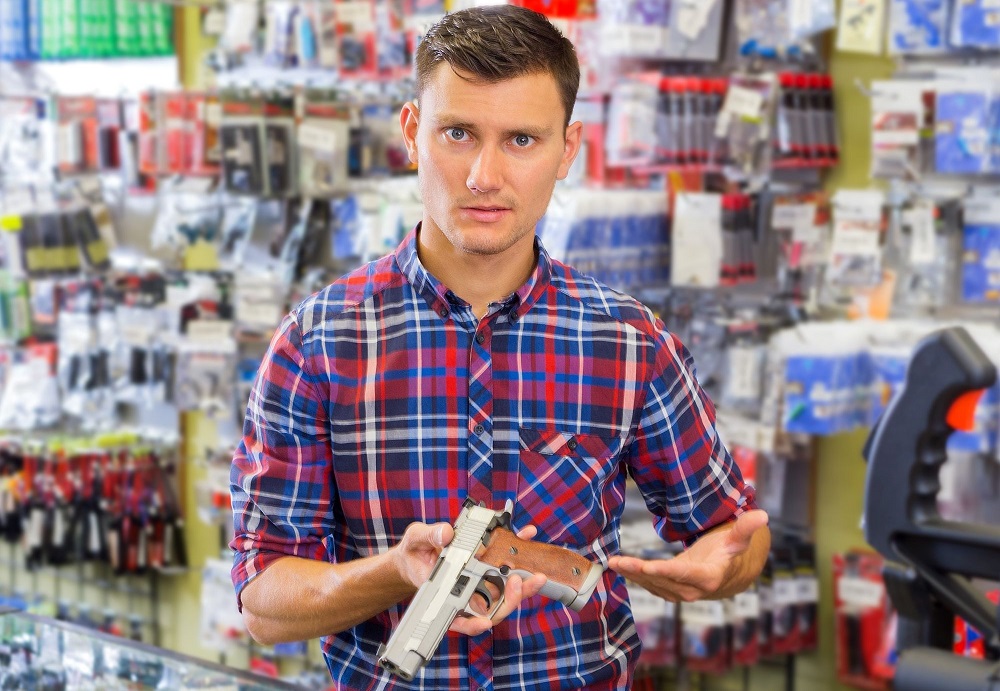 Under the current federal law, airsoft guns aren’t classed as fully-fledged firearms and so they’re legal for carrying by all ages with adult supervision. Most states also distinguish between airsoft guns and firearms, meaning that the firearm restrictions for a felon would not apply.

This is murky territory, however. In urban jurisdictions across the USA, the definition of a firearm has been expanded to include spring and pneumatic propulsion mechanisms.

This means that airsoft guns would then be subject to firearm laws, including firearm restrictions for felons. This is why you need to verify your local laws.

Even with these laws, you could still get charged for possessing one, if the local powers deem it to be a firearm. Even if you don’t get charged, it may be up to the discretion of the local cops to temporarily detain you after seeing the gun until everything is cleared up.

Many airsoft guns are made to look like the real deal, after all, so they must be vigilant. In cases where local legal systems try to charge you for possessing airsoft guns, this would then be where you cite federal law.

This would be your defense against the charges, since they only stick if you were actually possessing a firearm, and this can be disputed.

What makes airsoft guns easier to acquire than firearms is the lack of legislation specifically addressing them. In the USA, there are no licenses that are required for you to own an airsoft gun.

The most significant barrier to acquiring an airsoft gun is your age, which needs to be 18+. Even then, under 18s can use an airsoft gun in most places when under adult or parental supervision.

Over 18s can buy underaged people airsoft guns too, as they’re classified as toys in many places. At most, you will have to provide some proof of government ID.

Of course, calling an airsoft gun a toy doesn’t mean they should be exposed to younger people. Airsoft guns can still be dangerous.

Now, if you want to sell airsoft guns then you’ll need a standard commercial license like every other retailer out there. The licensing criteria are different with each state but none of them have any specific consequences for airsoft guns.

Is Carrying An Airsoft Gun Illegal?

Just like with firearms, there’s a distinct difference between owning an airsoft gun at home, or in a secure container, and carrying it around in public.

Many airsoft guns are indistinguishable from the real thing at a glance. Some are even made to be replicas, so they still look like real firearms upon closer inspection, too.

At the federal level, many airsoft guns can be classified as “look-alike firearms.” This is according to Title 15 of the U.S. Code, where descriptions of what constitutes a look-alike firearm are laid out.

It states that any imitation firearm made after 1898, including toy, replica, airsoft guns firing non-metal pellets, and water guns, is subject to the legislation.

All of these should have something that distinguishes them from the genuine article. The decided solution was that an eye-catching orange tip should be permanently affixed into the barrel. Likely, toys you owned as a child had a small orange cap on them, and this legislation is why.

The logic here is clear, that it needs to be obvious to passersby and law enforcement that the toy guns are fake.

However, there’s a catch. These guidelines are for manufactures and transportation purposes more than the average airsoft gun owner. In transport, the orange tip is required to be present as part of the shipping package so that nobody rings any arms trafficking alarm bells.

That said, the federal legislation doesn’t prohibit altering your airsoft gun to remove the orange tip.

We’d recommend keeping any safety markings on replica firearms for your safety. Failing that, always make sure it’s carried in a valid storage bag, not openly. Remember that this is a federal overview and that state and municipal law will apply too.

Double-check the local laws as some actions with an airsoft gun may still be illegal in public. This is especially the case in east coast states and heavily urbanized areas.

Is It Illegal To Play Airsoft In Public?

Airsoft guns have been mistaken for the real thing in the past, so public use of them within city limits and other urban areas is a no-go.

Just because an airsoft gun isn’t federally defined as a firearm, that doesn’t mean you can be irresponsible with it and that it won’t be treated as a firearm if held during the commission of another crime.

For example, robbing a bank with an airsoft gun can see armed robbery charges being handed down against you, despite it not being a real firearm. If you just point the gun at somebody without any robbery or coercion, you can still get hit with your state’s menacing laws.

Malicious intent isn’t even necessarily required as, in a lot of the more lenient states when it comes to airsoft regulation, pointing them at somebody can still be construed as a threat.

If it looks like a real gun and causes fear, and you have a reasonable amount of awareness that it will make other people afraid when you point it at them, then menacing and other aggravated charges can come your way.

What constitutes an awareness of how frightful a replica firearm looks is often how it looks.

This is why safety markings and proper carrying protocol are important. Only play airsoft in designated airsoft areas.