If you asked an airsoft enthusiast if airsoft is a sport you are likely to get into quite the debate or spend the next few hours listening to them go on a lengthy rant about why this game should be considered to be a legitimate sport.

Contents show
1 Is airsoft a hobby?
2 What is the point of airsoft?

Even though it is not quite a popular sport such as; soccer, football, baseball, or even athletics. You could consider it to be in a similar ballpark to dressage, or similar sports in terms of its popularity. 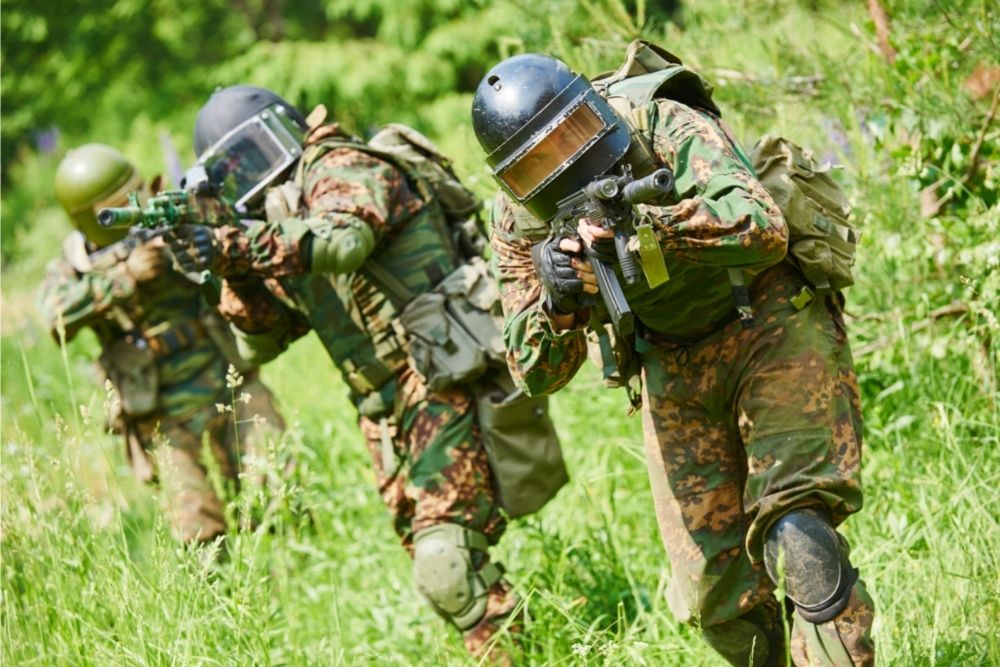 Airsoft is an engaging sport that acts as a military simulation and requires practice and physical fitness as many other sports do, however it also requires intelligence and quick thinking skills that keep you sharp on your toes.

This is why this sport should indeed be considered as a real sport as it does include much of what other sports do.

If soccer requires teamwork, problem-solving skills and physical fitness, and yet can be considered to be a sport. Then why should airsoft be any different, as it too requires these skills.

Like many other sports it has certain requirements, as we have mentioned. Firstly you need to be physically fit. Airsoft requires a lot of walking and maneuvers much like in a real wartime situation.

So, much like soldiers the participants have to be physically fit to endure the trying situations required in real combat.

Although the game can be modified to accommodate the less physically fit individuals, it is best to be in great physical condition to withstand this, especially when it comes to competitive matches. In this sense it really is no different from any other legitimized sport.

Similar to other sports, strategies are a requirement. You need to plan and strategize in order to win an airsoft encounter. Special forces will often craft out meticulous plans before they engage with the enemy.

They need to understand the opponent. In airsoft, this is the same, they will also need to devise plans on how they will combat their opponents.

Planning is something done in all sports, if you do not plan you will lose. For this reason once again airsoft meets the requirements of sports classification once again.

Airsoft is also a sport as it requires both individual and team efforts, it is competitive, and there are rules. By every definition it meets the requirements of being considered a sport. It is just lacking the official tagline of being a sport.

Is airsoft a hobby?

By those outside of the game, many would consider airsoft to be more of a hobby than a sport. However, sports require skill and physical exertion, thus, airsoft is a sport. Anyone who plays airsoft will likely agree with the definition of airsoft being a sport.

Like many other sports it has certain requirements that include quick thinking, physical fitness, team work, and a certain level of practice.

If you are a chair-softer, a tech, or a collector, then of course the definition of airsoft for you would be as a hobby.

However, many players on the airsoft fields compete against other players will likely also collect and discuss airsoft, which also meets the definition of it being considered a sport. Not to mention the exercise required in it.

There is quite the debate going on about airsoft being considered to be a sport officially.

Despite it having many of the features that would define it as a sport it is still too often viewed more as a hobby than a sport, which many participants in the game are strongly oppositional to, wanting it to be officially seen as a sport.

Airsoft is a lot like paintball in many ways, in the ways that it is primarily a team sport and players must quickly devise plans and learn to work together in order to win the game.

It is enjoyable for people of many age groups and levels of fitness, despite how it is best if you are of a certain level of fitness due to it being very much like a reenactment of military combat situations.

What is the point of airsoft?

One of the first things that you must realize about airsoft is that it is in the same ballpark as paintball, and it is often compared most to paintball. One of the biggest reasons that airsoft is becoming increasingly popular is due to the ‘cool factor’ that it has.

Simply because the equipment that is used in airsoft is much more realistic than paintball gear. The guns shoot a much smaller projectile, and thus they can be designed almost at a 1:1 scale.

They look and feel like the real thing so are perfect for simulation military combat. Sometimes firearms collectors will even purchase airsoft guns because they are modelled after something that is not legal to own.

In comparison to paintball, airsoft’s messier sibling, airsoft is more tactical, it is often treated more seriously than paintball. Not only that but generally airsoft does not hurt as much as paintball does either, of course it will sting if you get hit, but nowhere near as much as it does in paintball.

You could even get shot up all day and still feel like you want to go back next week. There is also less risk of injury as well as players will have more gear options, including optics and headgear.

Like any sport there are rules; you should always wear eye protection, you should keep your gun pointed in a safe direction with your finger off the trigger, fighting is not tolerated, you should aim for the center of mass, avoiding the head or face, props should not be shot at and nor should lights, speakers, camera, or safety equipment. And so on.

Like paintball, the goal of airsoft is simply to beat the other team and be victorious. The last team standing wins. This is why it is a sport that requires much teamwork and physical fitness, to win you need to know how to work together and be quick on your feet.