If you were thinking about getting your hands on an airsoft gun, you might be wondering what the legality surrounding the purchase is.

The last thing that you want to do is purchase and own an illegal item, which is why it is really important to read up on the laws surrounding airsoft guns in your region. 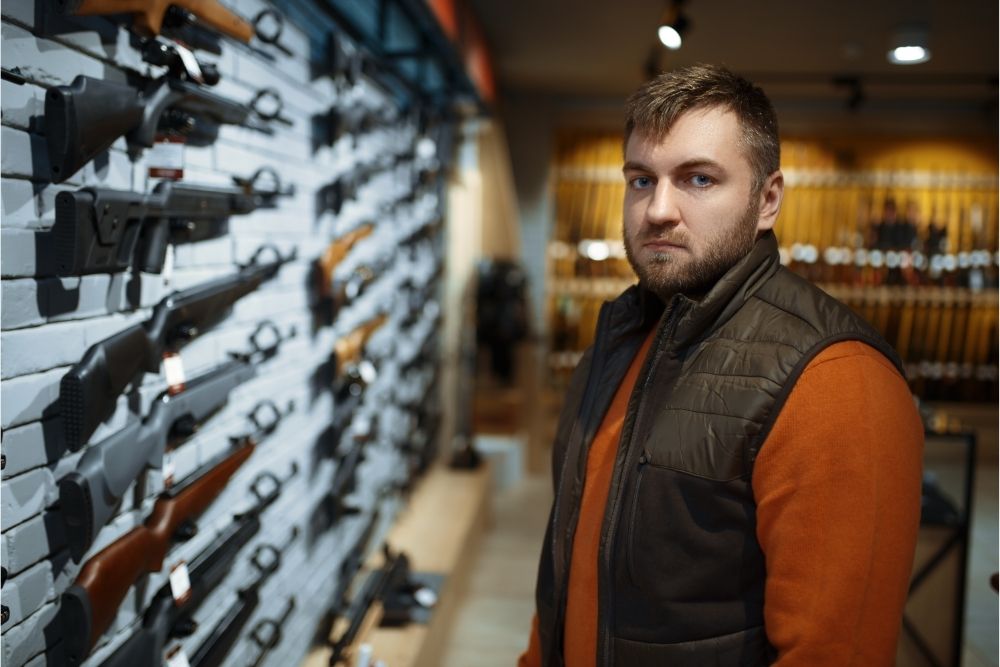 Airsoft is considered to be a modern shooting sport, but these guns are illegal in many parts of the world. Even in places where they are legal, there are still rules in place that will need to be followed.

Some states or cities will have specific restrictions around the sale and use of these products, and it is important to be aware of the rules that are in place.

Otherwise, you might find yourself on the wrong side of the law, which isn’t what anybody wants.

In this article, we are going to talk you through some of the laws that are in place when it comes to airsoft guns, and some of the things that you will need to keep in mind if you want to get your hands on one.

Under federal law, airsoft guns are not typically classed as firearms, and they are legal for all ages. This means that a person of any age will be able to use one, including those under the age of 18 with parental permission.

An example of this can be seen in the state of California, where airsoft guns can only be purchased by someone that is over the age of 18. However, there are no laws that indicate an age requirement to sell airsoft guns.

Generally, toy, look-alike, and imitation firearms must have an orange tip on them during shipping and transportation.

Airsoft guns in the United States are usually sold with a 0.24 inch or longer orange tip on the barrel in order to distinguish them from real firearms. This is the law.

However, these restrictions do not apply to traditional B-B, paint-ball, or pellet-firing air guns that expel a projectile through the force of compressed air, compressed gas, or mechanical spring action.

So, this actually exempts airsoft guns from these requirements, which means that they may not have to have the orange tip on the end of them, even if they resemble real firearms, which many do.

The Dangers of Airsoft Guns

Although they are generally considered to be toys, airsoft guns are weapons that can cause some damage. It has been found that thousands of injuries are treated each year that have occurred due to non-powder gun use.

Airsoft guns will discharge BB pellets at rates of hundreds of feet per second, which is completely hazardous.

These guns can cause significant damage if they hit someone on the flesh, specifically in the face. Airsoft guns are becoming increasingly popular despite how dangerous they can be.

Another concern is that airsoft guns can easily be mistaken for real guns, which can lead to a dangerous situation. There have been instances with airsoft guns where police have shot at people that have been holding them after mistaking them for real firearms.

Many of these people were young, and this could have drastic consequences.

So many people are unaware of the dangers surrounding airsoft guns, and they should not be taken lightly. These guns can cause significant damage, even if this is accidental, and they should always be handled with care and by people that know what they are doing.

One of the biggest concerns when it comes to using these guns is eye protection, as if a BB were to hit an unprotected eyeball, it could lead to severe injuries, blindness, and worse. This is why it is really important to wear eye protection when handling or near to these guns.

Airsoft guns are used in many places around the world, but some countries have deemed them to be so dangerous that they are banned.

In Australia, Singapore, Honduras, and North Korea, these guns are actually illegal. Even in countries where they are legal, there may be restrictions in place that you should be aware of.

In the United States, all airsoft guns that are imported into the country must follow the following two rules:

If the first of these rules is anything to go by, it highlights the concerns surrounding airsoft guns being mistaken for real weapons.

Even though they might not be capable of inflicting as much damage as a real firearm, it is easy to mistake one for a genuine firearm and become stuck in a tricky situation.

There are some states that will allow you to remove the orange tip from your airsoft gun, but this might not be the best idea as it will be much easier for someone to mistake it for a real one.

The trademark rule works to prevent any replica weapons that are attempting to look and feel like a real weapon, but this can get complicated, as they may have obtained a license to use the trademark from the manufacturer.

You should always check your local laws before you try to remove the orange tip from the end of the barrel as it might not be allowed in your area. You could end up in big trouble and have the airsoft gun taken away.

Where in the United States Are Airsoft Guns Illegal?

The only places in the United States where airsoft guns are illegal are: