When you first begin your Airsoft journey, one of the first things that may cross your mind is how you will get your hands on an airsoft gun. You may wonder whether you will have to go to a special store that is purely for airsoft guns and equipment. 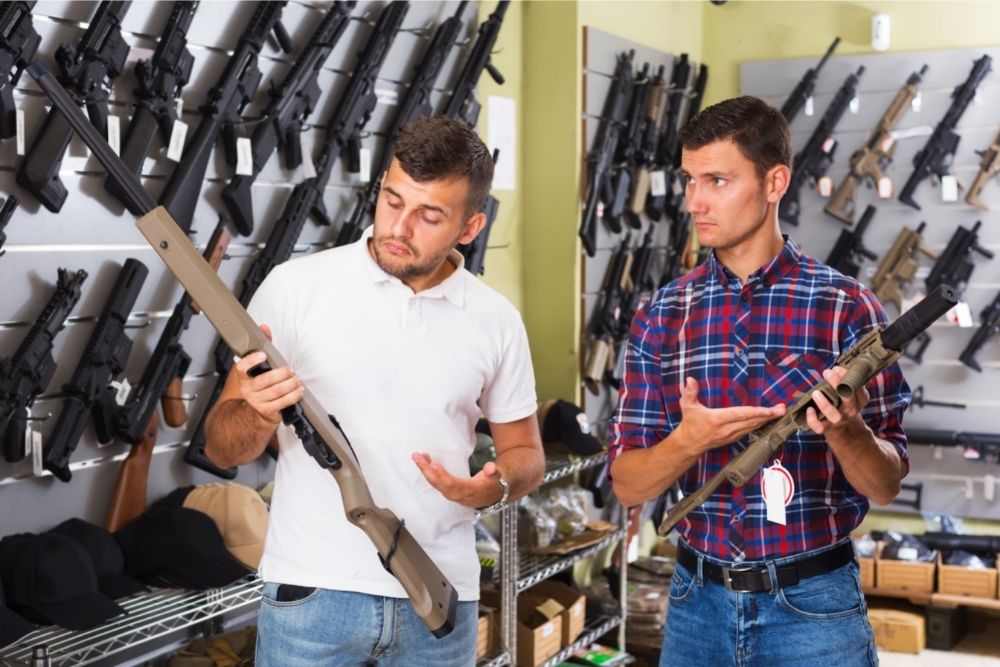 However, this is simply not the case. We are happy to report that airsoft guns can actually be purchased in some of the most unlikely (but highly convenient) places around. In this article, we will be exploring whether you can buy airsoft guns in your favorite store - Walmart.

Sit tight and read on whilst we explore whether Walmart sells Airsoft BB guns and, if they do, whether they are any good. We will also be taking a look at some of the issues around having these Airsoft guns available in this way, such as safety concerns and outright bans.

Walmart does currently sell Airsoft BB guns online and in some stores. Online they have a wide range of guns and accessories available for purchase. In stores, there may be fewer or more choices, depending on the store itself.

They may not even have any at all. In fact, there have been times where Walmart has banned the sale of airsoft guns in their stores and so has refused to sell them.

This has been claimed numerous times in recent years, and whilst there have been times where there were no airsoft BB guns available, as of now, they are. Just keep in mind that this may change in the future and you may have to get your Airsoft BB guns from a specialist retailer.

Yes, Walmart does sell Airsoft BBs. In fact, they have a wide range of different BBs, pellets, and other Airsoft and recreational gun related products and items on their website.

You may also find Airsoft BBs in their stores, but this may depend on the stock levels in your local store, and on the store itself.

As stated in the previous section, Walmart has, in the past, ceased the sale of airsoft guns and related products for a variety of reasons. However, at this current time, there are Airsoft BBs available at some Walmart stores and online.

In recent years, and even as far back as the early 2000s, there have been a number of different instances where Walmart and other retailers (Amazon, and Dick’s Sporting Goods, for example) have decided to stop selling airsoft guns and accessories.

Whilst Walmart does still sell Airsoft guns and accessories online (at least at the moment), and in most of their stores, this has certainly not always been the case.

The mass banning of the sale of airsoft guns, BB guns, and any equipment and accessories to go with them has been fuelled by a variety of events.

More generally, these items may be pulled because they are thought by some to be evocative of violence and may act as an encouragement or support of gun use. Gun crime is a very serious concern here in the States, as we are sure you are aware.

Therefore, it is understandable that there is concern over the sale of toys and non-lethal weapons that resemble real guns.

That being said, there are other reasons for the mass banning of the sale of these items that relate more to individual cases. For example, there was a case where a police officer killed a child because the toy gun they had resembled a real gun.

There was much in the way of pressure from the public and left wing politicians to crack down on the sale of guns and the promotion of them. As such, in an attempt to appease the masses, many retailers took action.

This triggered the start of the banning of toy guns designed for children and also moved on to include the ban of the sale of airsoft guns and similar non-lethal weapons.

There have also been times where Walmart has ceased operation with airsoft gun manufacturers and so stopped selling a particular brand. Oftentimes this is mistaken for a full ban but it is typically only due to the cease of business with that particular company.

One thing is for sure, in the ever changing landscape of the United States, the banning of the sale of airsoft guns is certainly possible, and so whilst you may be able to purchase one from Walmart now, it may not be the case in the future.

Walmart Airsoft BBs are decent, and in fact, they offer a wide range of options when it comes to both BBs and the airsoft guns themselves.

This means that there may be some that are of great quality and some that are not so great. They offer a range of BBs to suit most budgets (as they do with their guns, too).

The review section on the Walmart website allows you to view any reviews from other airsoft fans before you buy. You may also be able to ask at your local Walmart store to speak to the sporting goods manager or workers for advice on what Airsoft BBs are good.

Bear in mind, however, that Walmart is not a specialist airsoft store. They are merely a retailer. In order to get the best advice and, indeed, the best possible Airsoft BBs, guns, and other items, you should seek out a specialist store.